Ross Barkley is pretty sure that Maurizio Sarri will be able to make a difference at Stamford Bridge, but he has urged all the Blue faithful to be patient with him and let him take his own time to get the team into shape and impart his though process on the players. 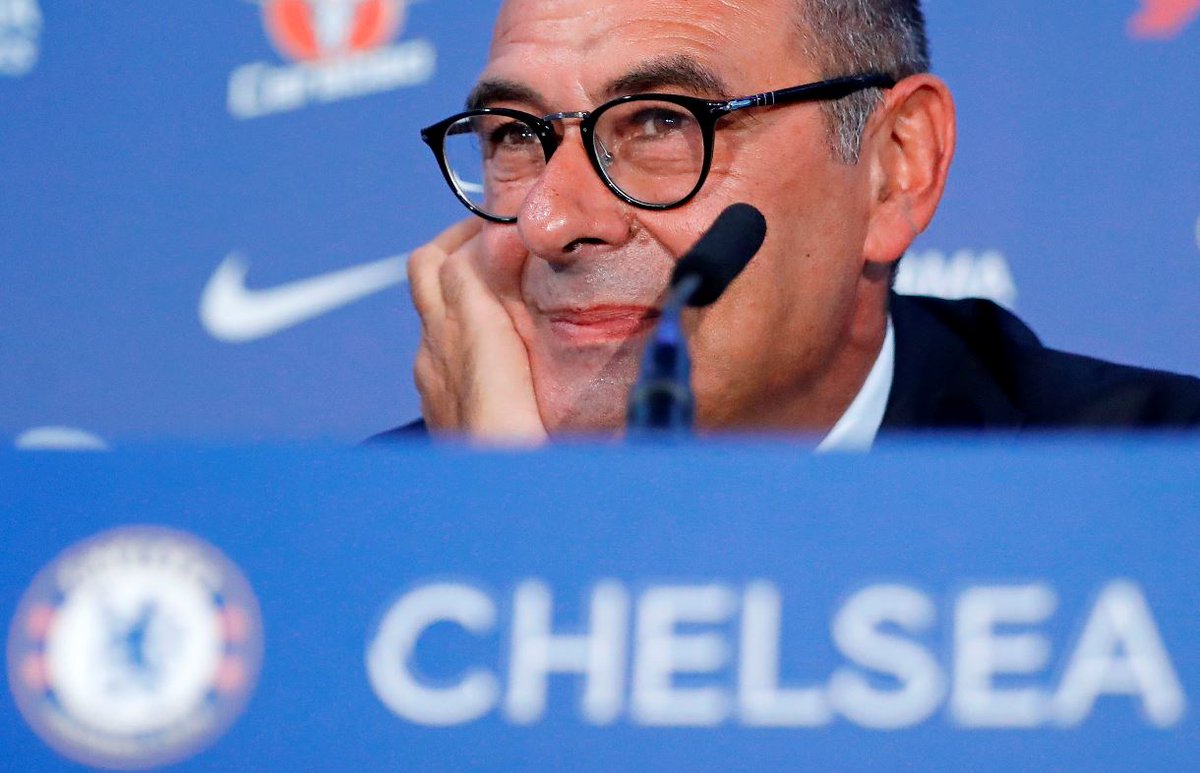 It’s been only about 20 days or so that Sarri has taken up the manager’s role at Chelsea and it’s fair to say that it’s not been an easy beginning for the Italian. END_OF_DOCUMENT_TOKEN_TO_BE_REPLACED

Chelsea’s move for Alex Sandro has stalled due to the heavy asking price by Juventus. Coach Antonio Conte is very much sold on the idea of having Sandro so the Serie A champs want big money for him. The Italian side told Chelsea an inflated asking price when they enquired about their player, with the hope that the Blues would make them a good offer. However, Conte and his team are quiet.

Twenty year old Bundesliga star Leon Bailey says he dreams of playing in the Premier League as interests in him become obvious. Chelsea and Arsenal are gunning for his signature this window after an impressive showing in the German Bundesliga. 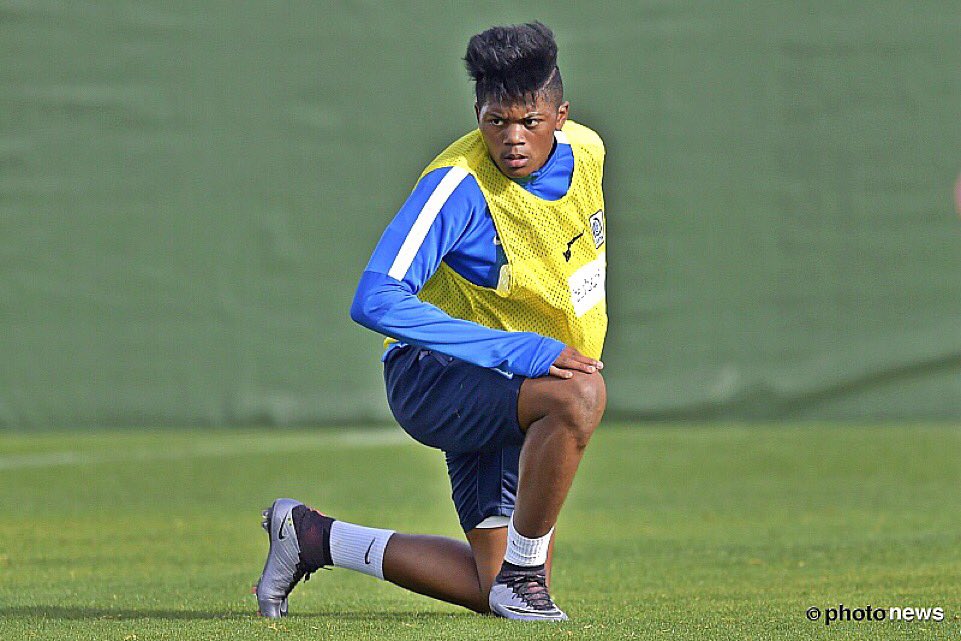 The Bayern Leverkusen man has netted eight times in 26 matches since joining a year ago. His performances have earned the attention of top English sides who want to lure him from Leverkusen after only a year.
END_OF_DOCUMENT_TOKEN_TO_BE_REPLACED

Chelsea manager Antonio Conte has admitted that it is easier to retain a league title in Italy than in the Premier League. He said that the Serie A teams will not want to challenge his team for the title and will all sell their best players making it easier for him.

However, this is the case in the Premier League. He said that all the other teams have strengthened massively during the transfer window and are now serious threat to Chelsea’s title. Indeed both Manchester clubs have invested in new players and are currently top of the Premier League with the exact number of points.

END_OF_DOCUMENT_TOKEN_TO_BE_REPLACED 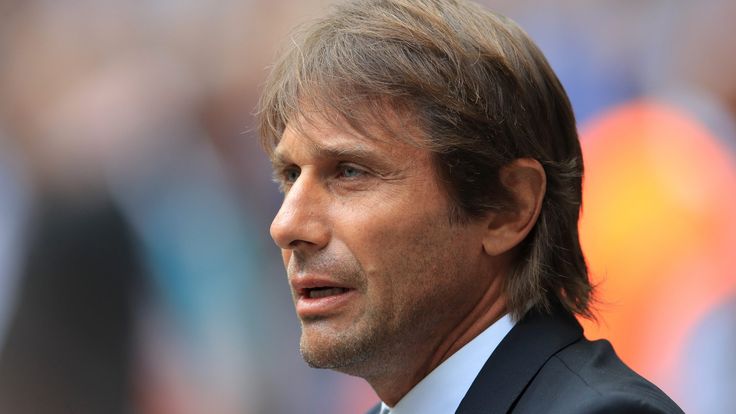 Few years after the golden generation of John Terry, Rio Ferdinand and Paul Scholes retired and left behind unfulfilled collective potentials at the international, Gareth Southgate’s current side appear not to be faring better either.

On the back of the disappointing Euro 2012 overseen by Roy Hogdson, Sam Allardyce’s scandal-terminated run and Southgate’s takeover, the Three Lions appear to be different from the so called golden generation in terms of personnel and at the same time mirror challenges that befell such era.

Manchester United striker Wayne Rooney remains the last piece of leftover from star studded era. An era that saw a group of talented English professionals thrive seamlessly at club level yet struggled to gel together once converged for a major tournament.

Since taking over mid last year the 46-year old has managed to forge a new identity on the Three Lions and although they have managed to pick up decent results in their 2018 World Cup qualifying campaign, the perennial inability to measure up to the A-grade teams of Europe and the rest of the world persists. END_OF_DOCUMENT_TOKEN_TO_BE_REPLACED

The unsettled manager had asked to have a tete-a-tete with the Russian billionaire and he finally got his request.

The squad had failed to match expectations the previous season but the tactical switch Conte implemented saw the team drive all the way to the finish line, lifting the Premier League for the second time in three years and in the Italian’s debut term. Conte is faced with managerial options back in Italy or with replicating the results in his second term, while leading the team to Europe – where his personal coaching record is not as impressive.

Conte had concerns about his new contract, the club’s transfer policies and some other issues that needed him to thrash out with the ownerwho is active in the club’s affairs. END_OF_DOCUMENT_TOKEN_TO_BE_REPLACED

The first and only time that Chelsea has ever managed to win the Champions League title was during the 2011-12 season when the Premier League club defeated Bayern Munich in the finals in a penalty session which was played on May 19 of 2012.

This historic accomplishment was made when Chelsea was under the guidance of Roberto Di Matteo and no other manager in the history of the Premier League club has managed to reach this feat.

However, this might be changing in the near future as Antonio Conte wants to help Chelsea in snatching the prestigious title back into the hands of the English club as the Italian manager said:

“It’s important to think now about this season and go step by step.We have 12 league games till the end of the season to try to reach a dream for me, for the players and for the club. Then we will prepare for next season but when your name is Chelsea, you must always fight to win the Champions League, the Premier League, the FA Cup, all the competitions.” END_OF_DOCUMENT_TOKEN_TO_BE_REPLACED

Costa, 28, with 14 goals and 5 assists this season has an offer to move to China worth £30m a year. Chelsea refused to respond to the comment due to reasons unknown. We were made to understand that the Chelsea FC owner Roman Abramovich does not want to release him for the contract which is to expire by 2019, as he sees a better future ahead with the Spanish striker and won’t subscribe to the idea of being forced to release him. END_OF_DOCUMENT_TOKEN_TO_BE_REPLACED